Select either 32 or 64-bit, then click the link to download the most current version of drive.web savvy for Windows.

Once downloaded, open installSavvy.zip. After unzipping the file, locate 'setup.exe' in the newly created folder and double-click to open it. Follow the instructions provided in the installer and reinstall savvy. This will update your copy of savvy to the most current build.

NOTE: Reinstalling savvy DOES NOT alter any user settings or -SFD capabilities; it only updates your software.

This image shows the options available in Chrome, immediately following the download. 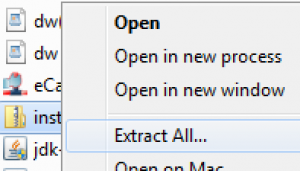 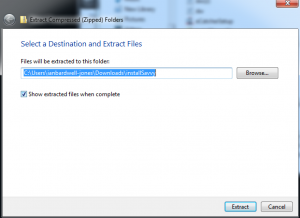