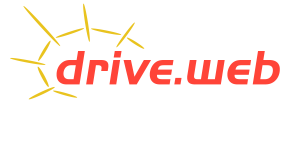 division of Bardac Corporation started work on our first generation of distributed control products in 2002, with the objective of creating a solution to the classic systems integration problems of: The goal was to be able to configure, connect and control … everything, from anywhere!

This was a major undertaking that had eluded the entire industrial automation industry! It required a major investment and a commitment to resolving a number of fundamental technological issues before any product design work could commence. For example, Ethernet was a prime candidate for the backbone connectivity between control devices but it required some innovation to ensure that it could be made deterministic (guaranteed message times - fast is simply not good enough) for reliable use in high performance control applications. After considerable research we solved the problem!

The next step was to create a fundamental architecture for the long term goal of providing totally integrated systems. The best brains in 21st century computer science combined with the best expertise in industrial automation created a concept - a long term road map and evolutionary path that would ensure 100% backward compatibility as a broad range of products emerged over many years.

After three years of fundamental research and development the first generation

Universal Automation Controller (UAC) was launched. It used distributed control over Ethernet to provide easy networking and Internet access and offered a wide range of i/o options. The

to operate as parallel processors thereby ensuring no loss of bandwidth or processing power and providing cost effective control in systems of any size or complexity.

operator station technology that runs on any PC or iOS device.

In 2010 a second generation of

UACs and operator stations emerged with more features, better performance and even lower cost and the technology became unbeatable!

does everything in one homogeneous environment; configures controllers, makes connections, provides all the control functions you will need.

In spite of the amazing evolution of such an advanced technology, we still have 100% backward compatibility with all the

products and software. This is just one important result of the initial architectural planning! We have a lot of new products in development - keep watching, we might surprise you!